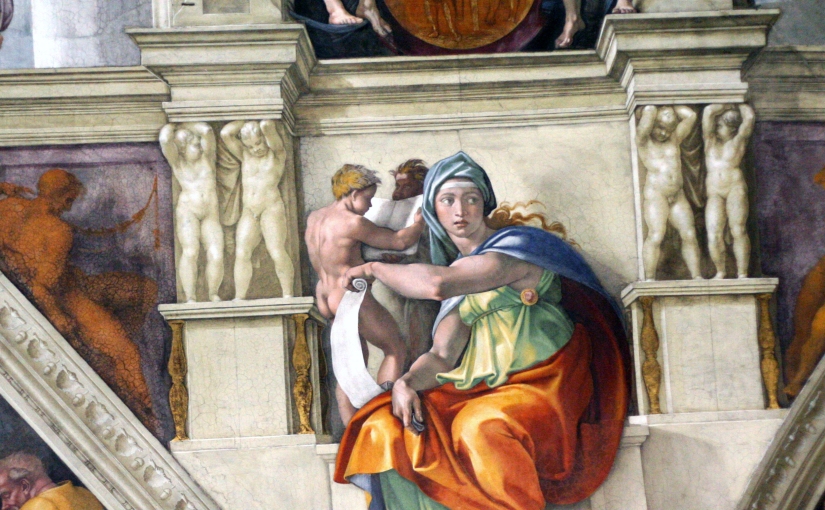 Recently a friend of mine who has very little religious education gained interest in theology, and surprised me with maybe the best question I have been asked in a while: what is the theological method?

If you have ever studied something seriously, academically, critically, you understand his question. Ιt is a question of epistemology: “how do I know?”. In traditional sciences, there is a scientific method: controlled, observable and reproducible experiments lead to conclusions and allow predictions. The experiment is then repeated and reviewed by other scientists who confirm or contest the conclusions, and as that happens the whole community arrives at very probable theories about a subject. History also has its method, since history cannot be repeated or reproduced, neither controlled, so it stands outside the realm of science. Math and logic, along with philosophy, all have their systems of proof testing. So when we speak of the Divine, what is our method to differ between truth and non-truth? How do we know?

In the evangelical circle I grew up in, the “word of God“, the bible, stands as the ultimate revelation of the Divine about itself. The proof test of any theological statement or practice was, seemingly, very simple: does the bible agree? If not, then it’s a lie from the Devil. Straightforward. Except when a verse agrees and another verse disagrees, then we need to do some hermeneutical (big word!) juggling to make the bible agree with us, to validate our identity and to prove how everyone else is not as good of a Jesus-lover as we are. Not as straightforward, and a bit cringe-worthy.

But does that premise stand? How am I to tell my friend, a regular 21st century young dude who is used to the healthy criticism that helped us move on from the middle ages and develop modern medicine, which saved so many lives? How am I to tell him to define his worldview of absolutes and of the divine reality merely from an argument of authority? In shorter words, how am I gonna convince him the bible is right “because the bible says so”? The idea is that the Divine has authority and capacity to speak of itself clearly, through letter and inspiration, but how do I know this is really the Divine, and not just a very well (or badly) written book? One would ask, how about all the other books that also claim to be right? How about all the other messiahs and cult leaders who have claimed miracles? How about the contradictions between and among Christians themselves? Is the conservative Jesus the right Jesus or is the liberal Jesus the right Jesus? Whose Jesus is the bible’s Jesus and whose bible is the right bible? Protestant? Catholic? Orthodox? Why?

I’ve abandoned that way of thinking myself. I have not found good answers to these questions beyond “the bible says so”. Our modern society is built on the deconstruction of these authority arguments: We no longer bow before kings instituted by divine command, but we have toppled monarchies, aristocracies, papacies, and have acknowledged that no human being stands above another.  Titles mean very little today except that you have spent time learning something (a doctor), or you have been elected by most people (a president or prime minister). What has brought us so far in so many aspects of society was not clinging to old ways and establishments, but questioning them and testing them. Like fire and gold. Like the bible says God will do to our souls. My friend, and myself, have too many reasons to not trust “the bible says so“, a statement that was used to protect all these systems of oppression that have been toppled to-day.

So then I am left with the question, what is my theological method? This is the kind of topic one can write books on, but I will attempt a very brief summary here.

Religion and spirituality are aspects of human experience that engage both our reason and senses, it is both objective and extremely abstract, like music, it brings together both logic and art. Mystical accounts often engage and confront the people who experience them: an encounter with an “Other” that changes everything forever, a revelation that changes the person’s path of life and worldview, often critical of the Self, something that cannot be explained apart from some outside source. At the same time, many aspects of this encounter are also, apparently, projections of the person’s own mind, as most of it is experienced through symbolic meaning, and symbols and archetypes are generally subjective to one’s culture – In India you have many religious references to elephants, but not in desert areas since elephants don’t walk about there. Some of these symbols, however, have rather primal roots, like the serpent, the elements, or father and mother figures.

Theology, therefore, must be taken with these things in mind. All theology one may study comes from another human. It is communicated through different forms of art, different forms of literature, different forms of discourse. In engaging these pieces of art, literature, and discourse, one must pay attention to their form (is this a poem or a historical account?), their social, historical and political contexts, the nuances of language (original and translated), the author-artist’s intention, the ideologies of the author-artist, the narrative and context of the piece itself (if it’s a story, what’s happening in the story? Who is saying what to who?), etc. In all of this, one attempts to identify as much of it that is or may be a projection, and filter in which way it is an encounter with the Ultimate Other. In learning about God, we learn about Humanity. For example, in Isaiah’s vision of the throne of God and the cherubim, how much of that vision is a projection of the author’s political ideology and intentions, and how much of it escapes these explanations to become what we call a revelation? How does the human aspect of it help us understand the divine aspect of it? This basic method is applicable to all religions and contexts.

Then you have the disputes of differences, after all, religions are not all the same and do not all lead you to the same place. This is where spirituality makes its claim in theology: all great masters and teachers I know have agreed that the search of the Divine is not merely an intellectual quest, but a holistic one. One must live a virtuous life; you must engage yourself with what you learn. You will never understand prayer without praying. You will never understand meditation without meditating. You will never understand the weight of forgiveness without forgiving, or the weight of sacrifice without making one. Religion and spirituality make a claim on one’s life, and true theology, a true study of the divine, must engage itself with this practical aspect. Aligning oneself to these things, one will experience some form of intuition, which is identified with the Divine or some form of Ultimate Reality in most longstanding religions I know of; the spark inside, the Spirit/Breath of God, the Atman, the Tao, the higher Self. That intuition must be encountered, engaged, discerned, trusted, questioned. In this life of devotion, in any religion, you will find people who have something holy about them. Most of them will be critical of their religion in some form, as religions are merely systematized spirituality, a form of contradiction in itself, in the way that rigid routines can be both helpful and absolutely destroying to friendship and romance. Anyhow, my point is, this discernment between the right and wrong descriptions of the Divine come through living the right life, paired with a sharp intellect. In a way, this is where the authority of the great religious masters lies: knowing they lived this kind of life, we listen to them attentively, and we study and follow them.

So we have a critical approach to medias that communicate explicit religious or spiritual things, like Scriptures, liturgy, rituals, hymns, chants, folklore, and discourse; we also have the necessity of a virtuous life and the engagement with the religious, rather than the ivory-tower kind of study. These things relate to more “official” theology. However, theology is about Ultimate Reality, thus, one must be engaged and honest with reality itself. You need to know the world to have a worldview, and it is important to be critical of one’s conceptions on one based on the other, and vice-verse. This means that a good theologian must be honest with regards to scientific methods in regards to science, historical methods in regards to history, psychological methods in regards to psychology, philosophical methods for philosophical claims, and so on. It has to engage other disciplines with a listening ear. Theology needs every aspect of human knowledge, and this search for knowledge has to expand in every direction with the experts of each field being respected. Only this way we will continue on learning about who we are, the world we live in, and Who, or What, brought us here; Why. In other words, intellectual humility.

What is the point of theology? To record, listen, and attempt to make sense of human encounters with the divine mystery. A Mystery that pervades everything, that conceals itself in every revelation, and reveals itself in the hidden things. Something greater than the sum of its parts, a reality bigger than ours that we experience both here and there and throughout all of our lives, but that escapes our little brains’ capacity to communicate, relying strongly on symbols and the use of a multiplicity of medias. Theology attempts to put words to it all, to organize our collective understanding of the divine, and thus, of ourselves, in our subjective understanding of the Absolute.

Cover art: the Delphic Sybil by Michelangelo, part of the Sistine chapel.