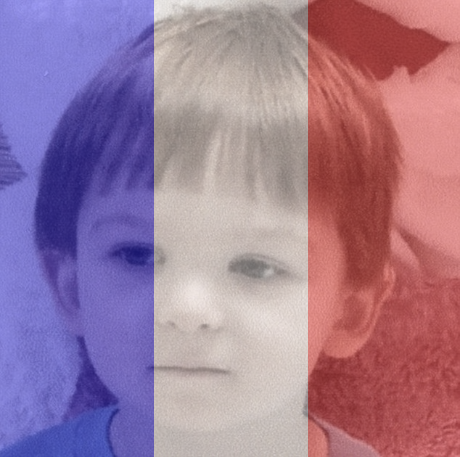 Those were my thoughts Friday morning, after reading about a boy, three years old, who last year was tortured and beaten to death over a 3 day period, by his mother’s boyfriend as his mother watched and laughed… Throughout the day, I was filled with melancholy, reflecting on life’s seeming absurdity, and the pointlessness of such horrendous violence. Then, Paris happened. I began to cry.

Why does our good God allow such things to occur? Don’t get me wrong. I believe in God, and I believe that he is good; but evil is a problem for my beliefs. In fact, it’s a problem for all monotheistic religions, perhaps more so for Christianity. Though I know many theological explanations for evil’s existence– what can be seen as defences of God’s goodness in the face of a world filled with evil (also known as theodicy), I remain unsatisfied. Can we ever conjure an adequate explanation for a world where 3 year old boys are tortured and killed, where children are forced into slave labor or used as means of gratifying the lust of twisted minds? Would any explanation console the family members of those who were killed Friday in Paris, or of those killed in Beirut? Whatever the reason for its existence, its being allowed to exist, evil is there– permeating this life.

As a Christian, I believe that evil will one day be defeated. In fact, many religions teach this– the defeat of evil– which is perhaps one of the most alluring aspects of religion. Even certain forms of atheism teach that humanity can one day evolve past its violent nature, its violent tendencies. But regardless what one believes, evil is there; it’s with us every day, and we can’t ignore it, push it aside, or simply explain it away.

I consider myself a determinist, though sometimes I’m probably a struggling determinist– which is probably why I’m not a hard determinist (someone who believes that there is absolutely no such thing as free will). I might toy with the idea, but I’m also attracted to the notion that evil occurs because we make poor choices. Yet, this is not always the case. There are different forms of evil: the evil caused by humanity, the evil caused by human-made systems, and natural evils. Natural evils are not always a result of human choice– though they can be, such as pollution of the environment, but these would probably fall under the first two evils.

Even if the human race ceased to be, there would still be “evil” in the form of natural phenomena, or what we usually refer to as natural disasters. The difference, however, is that there would be no people to interpret the phenomena as disasters, as evil, or divine acts of retribution. They would just be.

One could argue, as Christianity does, that evil– including natural evil– is the result of the first man and the first woman, the consequence of their disobedience to God– a story normally referred to as “the fall.” Since many disasters are the result of natural and necessary occurrences, this view would only work if the universe was made after the fall, or vastly–unrecognizably– altered. But both of these options are not clear in text on which this theory is based. These theories are theological constructs, primarily based on speculation. Not that there’s anything wrong with speculation. But if asked why there is evil, all we can provide are speculations– not definitive answers– because we truly don’t know.

Without a doubt, however, humanity increases the calamity on this planet. In a sense, it is because we interpret calamity as evil that evil exists as a concept. But is there truly any other way to interpret suffering? It hurts in all its forms, and creatures do not like pain.

Though his mind was barely formed, 3 year old Scott McMillan surely saw his suffering at the hands of his own family– those who were supposed to love him, care for him, and protect him– as bad. He surely recognized that something was not right with the world he barely had time to know. He’s not alone. There are too many children in this world whose short-lived lives are a nightmare—brief and horrific. Being born into a kind family in a safe country, I can only use my imagination to see what such an experience is—to be thrust into this world, into consciousness, and to immediately be met with suffering and evil, to be raised in such an environment.

The sad truth is, we’re born into our family through the luck of the draw, or–more frighteningly– by divine providence. We don’t choose our parents. We don’t choose our first environment or our original culture. No matter how good you are, or how bad you are, we were all placed in the same world. Some people suffer more than others. Some children know only suffering. I don’t know why that is. None of us chose this world. We were born, and this is how it is.

God is real. Evil is real. Those are two truths that I know. As to why evil exists, I can only speculate.

Beyond the questioning, however,  I can respond with empathy and sympathy– gifts from God– to those who suffer.

To the hurting in France, in Lebanon, in Syria, in Russia, in Israel, and the rest of the world, I stand with you.

May God be with us all.

One thought on “Why does evil exist?”