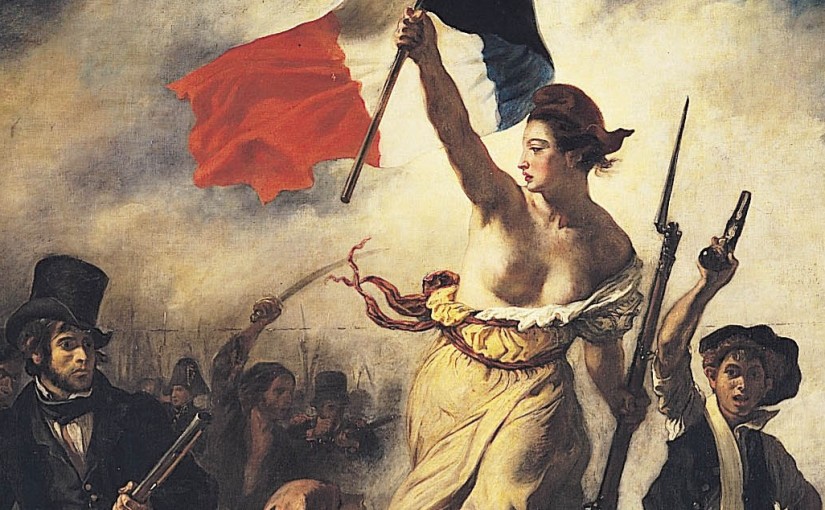 These two words have a lot of weight in our society, they’re labels used for opinions on politics, religion, even sexuality. But what do they mean? I’m not sure. Different people seem to have different understandings of these categories and nobody seems to agree. Being liberal became an offense in conservative circles, and being conservative became an offense in liberal circles. I have my own theory of what these words should mean and why they’re so important today, and it has a lot to do with my study of the bible.

Basically, one seeks to conserve, the other to liberate. One wants to keep to the old way, another wants to be liberated and make a new way. It has a lot to do with time and whether it’s old or new: Christianity was in many ways a liberal movement in Judaism, as Christians proposed that even uncircumcised people could have access to the Jewish God, but today Christians are generally stereotyped as the conservative people. What was new back then is old today.

Take for example marriage and sex. The bible was written in times without preservative technology, in patriarchal societies where life expectancy was low due to wars and sickness, and infant mortality was high due to lack of medicine. It presents a marriage relationship between God and Israel (then the Church), as Him being the Head, Provider, and Authority, and her being the passive receiver that’s sustained and provided for by Him — she also bears his children. He promises to remain faithful even while she’s unfaithful, and He does. They ought to be faithful and exclusive to each other forever. That’s a beautiful picture that makes perfect sense in the relationship of human and divine, creation and Creator, but it also made perfect sense in the marriage relationship of men and women at the time the books were written. Back then, men really were the head, they really were the main providers and decision makers, and procreation really was a basic need for a people’s survival (more babies = more workers and more soldiers than your enemies). For the people of the time, God’s marriage analogy wasn’t as much an ideal as it is today, but it was generally their actual marriage reality.

Today, thanks to feminism, to advanced medicine that led to immense population growth by reducing death rates, and to technology that makes sex without procreation much easier, our reality and needs are very different. Women can live alone and support themselves without the help of their father or husband, they can have sex without getting pregnant, and they can make their own decisions. Marriage is no longer a contract between a man and a woman’s father, but rather a mutual choice between the man and the woman. Stigma around virginity has lost a lot of power so sex without marriage has become normal, and divorce rates near 50% in North America.

The question for those interpreting Scriptures become: should we conserve the old way even in this new reality? Or should we be liberated from the old way and discover a new way in this new reality? Boom, you have conservative churches and liberal churches debating over their positions on topics like women leadership (or even right to speak), homosexuality, divorce, abortion, sexual freedom, etc…

The way I see it, the deeper question is: when God revealed the things recorded in Scriptures, was he telling what all human beings should do, absolutely, in all times and places? Is Ancient Israel the model for a perfect society? Or was He regulating what a specific people was already doing in a specific time, to match more generic principles of love, faithfulness, sacrifice, and wisdom, for their good? Marriage was just my example, but this applies to pretty much all rules in the bible, from slavery to church leadership.

The fun thing is that Scriptures themselves don’t seem to make that very clear.